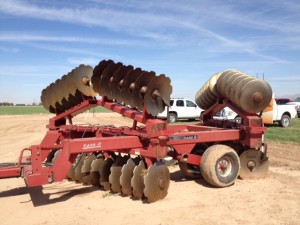 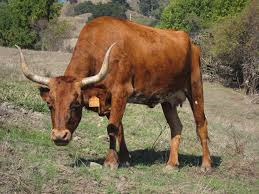 If you use the cash method of accounting, you can deduct the cost of livestock and other items purchased for resale in Part I of Schedule F in the year of sale. This cost includes freight charges for transporting the livestock to the farm. Ordinarily, this is the only time you can deduct the purchase price. Refer to Farm Business Expenses, Items Purchased for Resale in Publication 225.

You report on the cash method. In 2000, you buy 50 steers you will sell in 2001. You will report the sales price minus the purchase price (and any freight cost) as income in Part I of your 2001 Schedule F. 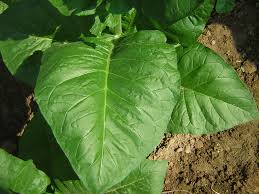 The National Tobacco Growers Settlement Trust (Trust) is an offshoot of the Master Settlement Agreement (MSA) which was signed in November 1998 to settle claims brought by a majority of the states against certain tobacco manufacturers, to recover health care costs associated with tobacco use. As a result, tobacco manufacturers agreed to pay $5.15 billion to the Trust over a 12-year period, with the first installment of $380 million being paid in 1999 to tobacco landowners, producers, and tobacco quota owners in 14 states.

Since that time, anecdotal information received by the IRS suggests that recipients of the payments may not know the correct tax treatment, i.e., that the funds are taxable income in the year constructively received.

Taxpayers may inquire regarding the federal tax treatment of their payments. For federal tax purposes, these payments are considered gross income per Internal Revenue Code Section 61. Under this Section, Gross Income is defined as, “all income from whatever source derived,” except for those items specifically excluded by the Internal Revenue Code.

Eligibility to receive payments under the Trust described above is based upon a formula developed and administered each Trust year by each state Certification entity. Under the terms of the Trust agreement, that formula may be based upon any crop year or years from 1993 forward. However, the State of Maryland (and other States may follow suit) is offering an additional incentive above the National Settlement described above. Under the State of Maryland Buyout, payments are made to eligible recipients in lieu of them growing tobacco or otherwise using their land for tobacco purposes for a 10-year period. All payments received with respect to the State of Maryland Buyout are to be treated as ordinary income (just as if the taxpayer grew and sold tobacco) if the taxpayer is an active farmer subject to self-employment tax, or rental income if the taxpayer rents out their land, as further described below.

Under Section 451 of the Internal Revenue Code and Section 1.451-1(a) of the Income Tax Regulations, taxpayers using the cash receipts and disbursements method of accounting generally include amounts in gross income for the taxable year in which funds are actually or constructively received. With respect to the National Settlement, taxpayers will receive a 1099-Misc statement in January 2002 that reflects the amount they should report on their 2001 return. Verbiage is included on Form 1099 that indicates the applicable time period with respect to payments received (From DECEMBER 29, 2000 through NOVEMBER 20, 2001) that should be included in income on 2001 returns. Those receiving funds under the Maryland Buyout also received a stuffer that detailed the proper tax treatment with respect to the Maryland payments.

The payment is reported as income on different tax forms, however, depending on specific taxpayer situations. For example, a taxpayer who raises and sells a tobacco crop would report the payment as gross income on Schedule F, “Profit or Loss From Farming,” and would be subject to applicable self-employment tax. Landowners or tobacco quota owners, who historically have leased their tobacco-related property and did not help to produce the crop, would report the settlement payments as farm rental income on Form 4835, “Farm Rental and Expenses.”

IRS Publication 225, “Farmer’s Tax Guide,” has more information on these forms and how farm income should be reported. If additional information is needed, please contact our toll free number at 1(800) 829-1040.

WASHINGTON – Landowners, producers and tobacco quota owners who receive money from the National Tobacco Settlement Trust must report those payments as income each year, the Internal Revenue Service said today. See IR-2003-7, January 21, 2003 for the full text of the information release. 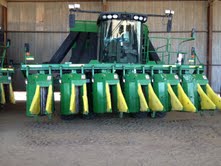 What Cannot be Claimed as a Credit or Refund

How To Buy Diesel Fuel and Kerosene Tax Free

You buy dyed diesel fuel and dyed kerosene excise tax free. You must use them only for a nontaxable use, including use on a farm for farming purposes. If you use the dyed fuel for a taxable use, you could be subject to the excise tax and a penalty. For example, if a truck used on a farm for farming purposes is also used on the highways (even though in connection with operating the farm), tax applies to the diesel fuel used (or sold for use) in operating the truck on the highways. The fuel was used off the farm for a taxable use.

If you use certain vehicles on public highways, such as a truck or truck tractor, registered or required to be registered in your name, file Form 2290, Heavy Highway Vehicle Use Tax Return (PDF), for the following purposes:

If you sell more livestock, including poultry, than you normally would in a year because of a drought, flood, or other weather-related condition, you may be able to choose to postpone reporting the gain from selling the additional animals until the next year.

Eligibility To Postpone Reporting The Gain From Selling The Additional Animals

You must meet all the following conditions to qualify:

Sales Made Before The Area Became Eligible

You must file an election statement and the return by the due date of the return, including extensions. 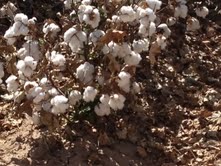 Once you report a CCC loan as income for the year received, you must report all CCC loans in that year and later years in the same way, unless you get approval from the IRS to change to a different method. Refer to Change in Accounting Method in Publication 225.

Note: You can request income tax withholding on CCC loan payments made to you. Use Form W-4V, Voluntary Withholding Request (PDF). Refer to How to Get Tax Help in Publication 225 for information about ordering the form.

How To Choose To Report A CCC Loan As Income

To make the choice to report a loan as income, include the loan as income on line 7a of Schedule F (PDF) for the year you receive it. Attach a statement to your return showing the details of the loan.

Farmers who pledge part or all of  their production to secure a CCC loan may not be properly reporting market gain when they use CCC certificates in connection with paying off their loans.  See IR-2004-38, March 18, 2004, for more information regarding the tax considerations of this transaction.