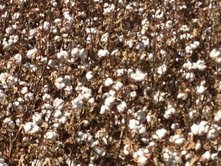 A cooperative (Co-op) farming effort is defined as a system in which individual farmers pool their resources (excluding land) to buy commodities such as seeds and fertilizers, and services such as marketing. Co-ops have been around for many years and continue to evolve as farmers and consumers needs change. There are many advantages to joining a co-op as a farmer. From the leveraged buying power to the marketing and increased selling opportunities, a farmer’s business receives many benefits when joining a co-op.
As a co-op member, you are an owner of the co-op and therefore responsible for the decisions and actions of your co-op. For enhanced benefits, it is important to be active and involved in your co-op. Decisions are made democratically and your participation will reflect the outcome and whether it benefits your business.

How surplus money is distributed to Co-op members
Not only is it important to be involved in your co-op to ensure it is a better operation and has a positive impact on your business, it is important also for distributions. If there is a surplus of money, the board will decide what to do with it. Sometimes they choose to keep the money in a reserve or to distribute it to the members in the form of patronage dividends. Co-ops aren’t like regular corporations in regards to distributions. The surplus is not distributed based on ownership in a Co-op. It is distributed based on patronage. For example, in a producer Co-op, if one member delivered 30 pounds of a commodity to be marketed through the Co-op and another member delivered 10 pounds of that same commodity during the same period, the first member would receive three times as much of the surplus as the second member.

Reporting patronage dividends/income
The cooperative will report the income to you on Form 1099PATR or a similar form and send a copy to the IRS. Generally patronage dividends should be reported as income on Schedule F, lines 3a and 3b, for the tax year you receive them.

Patronage dividends include the following items:
• Money paid as a patronage dividend, including cash advances received (for example, from a marketing cooperative).
• The stated dollar value of qualified written notices of allocation.
• The fair market value of other property.

You should not report as income on line 3b any patron¬age dividends you receive from expenditures that were not deductible, such as buying per¬sonal or family items, capital assets, or depreci¬able property. The cost or other basis of these items should be reduced by the amount of such patronage dividends received. Personal items include fuel purchased for personal use, basic local telephone service, and personal long distance calls.

Understanding how Co-ops function and their impact on your taxes and your farming business is crucial to the overall success you have as a member of a Co-op.